Did you know that M&M’s candies contain harmful, petroleum-based, artificial dyes that can trigger hyperactivity in sensitive children? I believe eliminating these dyes did wonders for my family’s health. M&M’s are already made without most of those dyes in Europe so I don’t understand why they are being made with cheaper, controversial ingredients in North America? Please sign my petition asking for M&M’s to be made without artificial dyes.
I’m a mom to two kids, and we like having some sweets around the house like most people do. Several years ago our little Trenton (now 9 years old) was having some behavioral problems. He was having trouble in school, at hockey practice, and at home with tasks as basic as falling asleep. He'd often have nightmares, and the slightest disappointment would set him off. As I did some research, I found out that parents all across the country have been struggling with similar hyperactivity issues. I also found out that many families were using an “elimination diet” to isolate and remove harmful ingredients -- particularly artificial dyes. By removing dyes like those found in M&M's, they were able to delay, reduce, and sometimes eliminate the need for medication.
Some of the latest info from the Centers for Disease Control and Prevention indicates that more than 1 out of every 10 school-aged child has received a medical diagnosis of attention deficit hyperactivity disorder! My understanding is that’s a 41% percent increase in the past decade, and that’s why I’m so interested in trying to find simple solutions that will help make our families healthier.
I’m not trying to keep my kids from being kids.  They can have treats.  But they don’t need petroleum-based dyes.
Just two days after deciding to eliminate artificial dyes from Trenton's diet, we saw dramatic improvements! His nightmares stopped and he was able to sleep through the night. Trent changed from a child who would have a meltdown if he didn’t get his way during playtime to a calm student who could share and do his schoolwork. When Trenton returned to hockey camp, the coach couldn’t believe he was the same person, calling him "smiling, eager to participate, and a joy to have on the ice.” Trenton’s teachers and coaches all know him for his sense of humor, wit and contagious positive attitude. Trenton excels in academics and sports, and this has been possible since our family figured out the harmful effects of the dyes.
We did this without medication and by eliminating harmful dyes like the Yellow 5, Yellow 6, and Red 40 found in M&M’s. When M&M’s are sold in Europe, different dyes are used because otherwise they’d be required by law to place a label on the packaging that says “may have an adverse effect on activity and attention in children."
With Halloween coming up, I’ve decided to work with the experts at the nonprofit Center for Science in the Public Interest (CSPI) on this campaign. Their review of scientific studies shows that artificial dyes including Yellow 5, Yellow 6, and Red 40 can stimulate hyperactivity and other behavior problems in children.  CSPI has recommended that these additives be prohibited from use in foods. I was present at a 2011 hearing where even the Food and Drug Administration (FDA) acknowledged that “Exposure to food and food components, including artificial food colors and preservatives, may be associated with adverse behaviors” in children.
M&M’s used to be one of Trenton’s favorite candies, but we’ve found products in the United States like SunDrops, Yummy Gummies, and Unreal that don’t use these dyes. And they taste great! I don’t believe anyone should be eating cheap, harmful, unnecessary dyes when safer alternatives exist and already are used in M&M’s in Europe! Please join us in asking Mars Inc., manufacturer of M&M’s, to replace artificial dyes with natural coloring.

The Environmental Working Group (EWG) released its newest Shopper’s Guide to Pesticides on Monday, which is Earth Day. And apples top its annual “Dirty Dozen” list of fruits and vegetables with the highest pesticide residues for the third year in a row.
More on Shine: Another Reason to Eat Organic

Other changes from the 2012 findings: cherry tomatoes and hot peppers are newcomers this year. Blueberries and lettuce, meanwhile, dropped off the Dirty Dozen list. The environmental watchdog group uses data compiled by the USDA, based on pre-washed samples of 48 types of conventionally-grown fruits and vegetables, to produce its findings.
More on Yahoo!: Colle Farmers Market Reacts to Organic Farming Boom in Russia

“I think most Americans would be very surprised about how prevalent pesticide residue is,” EWG senior analyst Sonya Lunder told Yahoo! Shine, noting that pesticides were still seen on 67 percent of the samples, which were all either washed or peeled before being tested.

Among the top three worst offenders—apples, strawberries and grapes—nearly every sample had pesticides on it, Lunder said, with one grape alone showing traces of 15 pesticides.

The National Institute of Environmental Health Services acknowledges that scientists do not have a full understanding of the health risks associated with exposure to pesticide residues through food, soil, water, or air. Still, notes EWG, various U.S. and international government agencies have linked pesticides to a slew of health risks, including cancer, hormone disruption, brain and nervous system toxicity and irritation to the skin, eyes and lungs.

Additionally, the EWG added a “plus” category for the second year, noting two items—domestically-grown summer squash, plus kale and collards—that, though they didn’t meet Dirty Dozen standards, were commonly contaminated with exceptionally toxic pesticides. These organophosphates, dangerous to the nervous system, were phased out of agricultural use in the 1970s and ’80s, but still linger on many farm fields.

Still, there’s also good news, as the guide includes the “Clean Fifteen”—fruits and veggies with the lowest levels of pesticides, offering hopeful solutions for anyone not in the position to find or pay for more expensive organics. Many of these safest options have naturally protective coatings, such as corn, which tops that list once again this year, and papaya, which is a newcomer. Watermelon, sadly, dropped off the clean list from 2012.

The consumer list, Lunder said, “shows the real difference you can make in your purchasing habits, even if you’re only buying conventional.”
Related:
The Bottom Line: Is Organic Food Really Any Healthier?
6 Tips for Finding Cheap Organic Food
Is Organic Food Healthier? New Study Fuels the Debate 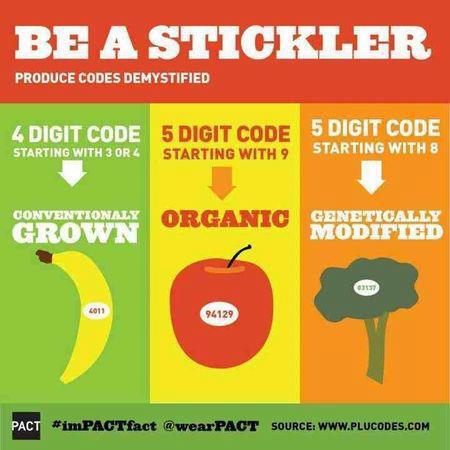 Raw foodism (or rawism) is the practice of consuming uncooked, unprocessed, and often organic foods as a large percentage of the diet.
Depending on the type of lifestyle and results desired, raw food diets may include a selection of raw fruits, vegetables, nuts, seeds (including sprouted whole grains such as gaba rice), eggs, fish (such as sashimi), meat (such as carpaccio), and non-pasteurized/non-homogenized dairy products (such as raw milk, raw milk cheese, and raw milk yogurt).[1]

Early proponents include St. Louis Estes, Edmund Bordeaux Szekely, Johnny Lovewisdom, Ann Wigmore and Viktoras Kulvinskas (co-founders of the Hippocrates Health Institute), Arnold Ehret (author and advocate of fasting), Aris Latham (of Sunfired Foods, Inc., known as the godfather of raw food), Arshavir Ter Hovannessian[41] and Norman W. Walker (who advocated the consumption of vegetable juices).
Notable contemporary proponents include several chefs, published authors and lecturers, such as Dr. Douglas Graham, Rene Oswald, Matthew Kenney, Tonya Zavasta, Alissa Cohen, Aris Latham, Aajonus Vonderplanitz, and Elijah Joy, as well as representatives from rawfood producing companies, such as Natural Balance Food's founder, Jamie Combs.
Celebrity proponents include Demi Moore, Woody Harrelson, Jason Mraz, Ben Vereen and Carol Alt. Woody Harrelson has published books on raw food, starred in a raw food film, created a raw food website[42] and also opened O2, a raw food restaurant and bar. Model and actress Carol Alt includes raw animal products in her diet; she has written several books on her version of the raw diet and lifestyle.
Interest in the "Raw Foods Movement" continues to grow today[43] and is especially prevalent in Australia and the western United States,[44] like California.[45] In Europe, it has remained a novelty, although a few restaurants have opened in the UK,[10] Germany,[46] and other large cities.[47] Numerous all-raw cookbooks have been published.[48]
Supercharge Me! 30 Days Raw is a feature-length documentary film about the raw foods diet, made by Jenna Norwood, a former public relations consultant turned independent filmmaker, health educator and raw food chef.[49] In the film, inspired by Morgan Spurlock's Super Size Me, Jenna ate only raw foods for thirty days, to document the effect it would have on her health.

Richard Wrangham, a primate researcher and professor of anthropology, has suggested that eating cooked food is more "natural" for the human digestive system, because he thinks that the human digestive system may have evolved to deal with cooked foods.[130][131] Wrangham thinks that cooking explains the increase in hominid brain sizes, smaller digestive tract, smaller teeth and jaws and decrease in sexual dimorphism that occurred roughly 1.8 million years ago.[130][131] Most other anthropologists oppose Wrangham,[132] stating that archeological evidence suggests that cooking fires began in earnest only c.250,000 years ago, when ancient hearths, earth ovens, burnt animal bones, and flint appear across Europe and the Middle East. Two million years ago, the only sign of fire is burnt earth with human remains, which most other anthropologists consider to be mere coincidence rather than evidence of intentional fire.[133] The mainstream view among anthropologists is that the increases in human brain-size occurred well before the advent of cooking, due to a shift away from the consumption of nuts and berries to the consumption of meat.[134][135]
at 9:19 PM No comments:

Email ThisBlogThis!Share to TwitterShare to FacebookShare to Pinterest
Labels: υγεία 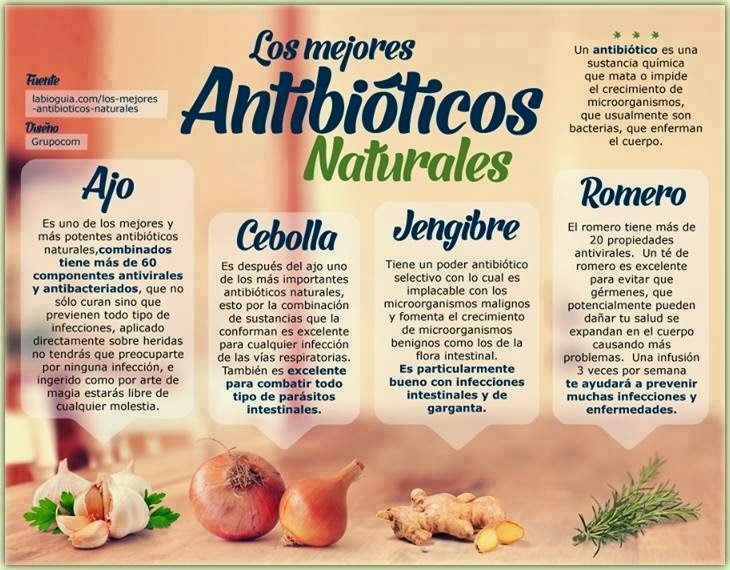